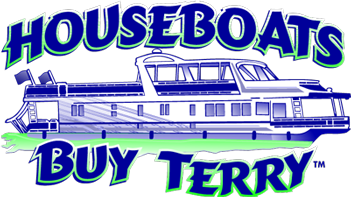 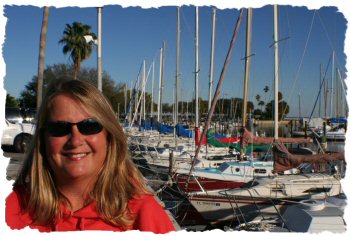 “More than anything else, we want the boat that’s best for you.”
-Terry Miller

Terry’s heartfelt philosophy has been the catalyst for many enjoyable days on the lake for so many boaters. 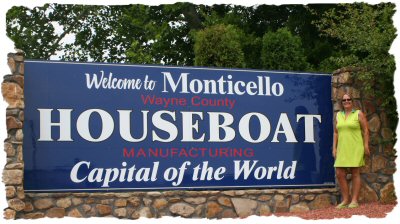 If it were not for a marina owner’s love of donuts, over 27 years ago, Terry Miller may never have gotten the opportunity to sell boats. Terry explains, “I knew he was trying to run a marina, and sell boats, and didn’t have time to do them both justice. I talked to him on several occasions about how I thought I could help him with boat sales, and each time I took a dozen donuts. He wasn’t easily sold on the idea, but finally decided if he didn’t let me help him, he was going to gain too much weight from all the donuts I was bringing him”.

Soon a company that sold a few boats each year on the side, started becoming a force in the houseboat industry. When local banks were passing up opportunities for loans, she went to their loan officers and explained the benefits of loaning to houseboaters. She found reputable people throughout the area to service the needs of houseboaters, and create many satellite businesses. Everyone from marine mechanics, canvas installers, roof gelcoat specialists, hull re-finishers, pressure washers, boat haulers, documenters, insurance companies, as well as banks, have all benefited from Terry’s success. In addition, the marina benefited by filling slips, and had 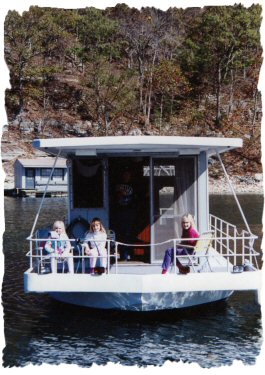 a steady flow of new customers equipping their boat with accessories, such as bumpers, ropes, nautical decorations, and fuel. 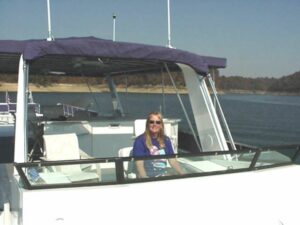 Terry was often referred to as America’s Houseboat Queen®. She developed her reputation mostly by word of mouth, and past customers repeat business. Customers appreciated the extra time she spent educating first time buyers, and could sense her enthusiasm, and direct approach. She would have rather pointed you to a boat she did not have listed, than see you get a boat that you were unhappy with. We realize this may knock us out of a sale today, but believe in the old adage, “What goes around, comes around, and a customers positive comments will help us later down the road.

Tom and Terry’s three daughters enjoy a ride in their very first houseboat a 1968 Stardust Cruiser.

Living and working in the “Houseboat Capitol of the World”, has given us a unique insight into the heart of this industry. Working along side, and sometimes competing directly with houseboat manufacturer’s, has helped make our company better able to understand your needs. 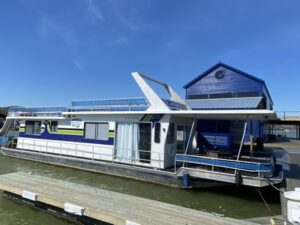 Terry was asked to conduct a seminar at the Houseboat Expo in Louisville about buying and selling a houseboat. As a result of this seminar, she was approached by boaters who wanted to learn to do what she did, and be a part of her team. So we have expanded our offices to many of your favorite waterways. All of the “Houseboats  Buy Terry” brokers work hard to treat their customers with the same respect and enthusiasm as Terry did. 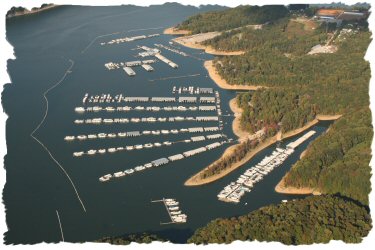 Our floating office is located in the central part of Lake Cumberland at Conley Bottom Resort on board a houseboat. This allows us to easily reach customers on both ends of the lake. In addition to houseboats, we also sells many different price ranges of cruisers. Terry explained, “many times cruiser family’s have expanded to the point where they need the room a houseboat offers. We help make that happen by offering to sell their cruiser, and find them the houseboat that best fits their family. On the other hand, sometimes a houseboater reaches a point in their life, where they don’t need a large boat, so we have cruisers to fit their needs as well.

Terry and Tom first started out with a sailboat, and have always had a boat of some kind to enjoy. Their 3 daughter’s are grown now, and still enjoy coming to the lake, with 5 grandkids now, who are already addicted to lake life as well.

We feel blessed to be working in an atmosphere where most people come to vacation. We don’t take that for granted, and look forward to helping see your dreams come true!

Terry Miller the founder of Houseboats Buy Terry, left us much too soon from Cancer on March 23, 2020. Houseboats Buy Terry continues to thrive and serve customers with the same high standards she set for our company. She trained us well. The houseboat industry has lost one of the most sincere and knowledgeable people ever.

I have been with the Company for over half its existence, learning directly from Terry Miller herself for 9 years.
Over the years, Terry taught me all the essential aspects of HBT, that has carried the business to where it is today.
Terry was so much more to me than just my boss. She was my friend, my second mom, and my biggest supporter. With that being said 𝙄 𝙖𝙢 𝙝𝙤𝙣𝙤𝙧𝙚𝙙 𝙩𝙤 𝙖𝙣𝙣𝙤𝙪𝙣𝙘𝙚 𝙢𝙮 𝙣𝙚𝙬 𝙧𝙤𝙡𝙚 𝙖𝙨 𝙤𝙬𝙣𝙚𝙧 𝙖𝙣𝙙 𝙤𝙥𝙚𝙧𝙖𝙩𝙤𝙧 𝙤𝙛 𝙃𝙤𝙪𝙨𝙚𝙗𝙤𝙖𝙩𝙨 𝘽𝙪𝙮 𝙏𝙚𝙧𝙧𝙮. I’m very blessed and excited for this opportunity to keep Terry’s legacy alive.

During this transition, my brokers and I will be continuing the same great service Houseboats Buy Terry Inc has always been known for.

On June 1st, 2004, Houseboats Buy Terry opened its doors for business on a houseboat in front of Conley Bottom Resort on Lake Cumberland. Terry had been a broker on Lake Cumberland for 10 years, and it was time she and her husband Tom started their own company. The houseboat industry has seen many challenges during the past few years, and we are thankful we have been here to smooth the waters in your path, helping to make your boating experience the best it can be. We are grateful to the Conley Bottom Resort crew on Lake Cumberland and owner Charlie Denney and Fred Piercy who had the confidence in us from the start. And to our earliest customers who gave us a chance to prove ourselves. All our brokers who have partnered with us to share their passion for boats. And to all the customers who have followed, many numerous times, allowing us to help them move on to their next adventure. As Terry liked to tell our customers, “Once we sell you a boat, we take you to raise, and you can always call us with any question from now on”.

Save time, effort, and money!

"More Than Anything Else, We Want The Boat That's Best For You."

Let our passion for boating work for you.

We offer knowledgeable answers to all of your boating questions.

Our experience will save you time and money.